It was another eventful week as the financial markets are starting to ease its way back from the historical referendum three weeks ago. Equities had another strong week as the S&P 500 reached all-time highs on Thursday, to close the week up 23.9 points to 2,158.90. Oil closed the week at $46.09, but remains stuck in a range as prices stayed within a high of $46.93 and a low of $44.43. The British Pound on the other hand reached its highest levels since the Brexit vote at $1.3480, but erased half of the weekly gains to close at $1.3191. Meanwhile, demand for safe haven assets declined as gold closed the week down almost $30/ounce. The Dollar front was mixed, with the EUR/USD trading sideways, the GBP/USD up 205 pips (dollar down), and the USD/JPY up 303 pips (dollar up) for the week.

It is no doubt that the uncertainty regarding the global growth outlook has changed since the Brexit vote on June 23rd. Fortunately, investors got to hear from several Fed officials this week to get a better grasp of the trajectory for interest rates moving forward. On Tuesday, Minneapolis Fed president Neel Kashkari stated that the central bank should remain patient in tightening monetary policy as the United States is still recovering from a period of slow growth. Kashkari also noted that he would prefer to see a pickup in the low level of inflation before the Fed begins to raise rates. Similarly, St. Louis Fed President James Bullard had a dovish view in spite of June’s strong job numbers, stating his belief that the Fed should not be so eager to hike rates. Given his expectations for continued low inflation, softer growth, and a slowdown in the labour market for the latter half of 2016, Bullard expects a very gradual pace for increasing rates – perhaps only one per year. On the other hand, Philadelphia Fed President Patrick Harker had a more hawkish tone by addressing the minimal impact that the Brexit vote would have on the US economy. Harker currently projects two additional rate hikes by the end of the year, with a target of 3% by the end of 2018.

Economic data for the US was roughly mixed for the week with retail sales for the month of June climbing 0.6%, and beating expectations for an increase of 0.1%. Despite the reading mainly accounting for the duration ahead of the Brexit vote, the report nonetheless gave a great indication of a strong domestic economy. With that said, if the US continues to make strides within the labour market, then expect a steady improvement in wages to result in further increases in consumer spending. Consumer prices in June on the other hand only jumped 0.2% coming in lower than the forecasted 0.3% increase. Core inflation also increased by 0.2% m-o-m bringing the yearly change to +2.3%. On top of the increases in energy prices, it may be a possibility that the Fed could use the slight boost to inflation as a catalyst for even a single rate hike. Fed fund futures are now predicting a 42.8% probability of a rate increase by the end of the year – up from 33.7% prior to the release of retail sales and CPI numbers.

After the surprising vote to leave the Eurozone, the markets were shocked once again as the Bank of England kept rates at 0.5% on Thursday. Given that the markets had expected a 25 basis point cut in rates, the pound rallied by almost 2% to a high of $1.3480 before retracing. Immediately following the results of Brexit, Governor Mark Carney stated that the Bank of England will provide the necessary stimulus needed to mitigate the consequences. Despite leaving rates at current levels, the BoE confirmed that a stimulus package will soon be introduced to revive the economy’s growth prospects. Policy makers in England figured that it would be more appropriate to evaluate the reaction from the Brexit vote in a couple more weeks before making a decision on implementing any stimulus. However, this should be no surprise that the BoE is hinting at utilizing monetary easing policies due to the deteriorating confidence among businesses and consumers. Economists are now predicting at least a .25% cut to the bank rate at its next meeting in August. 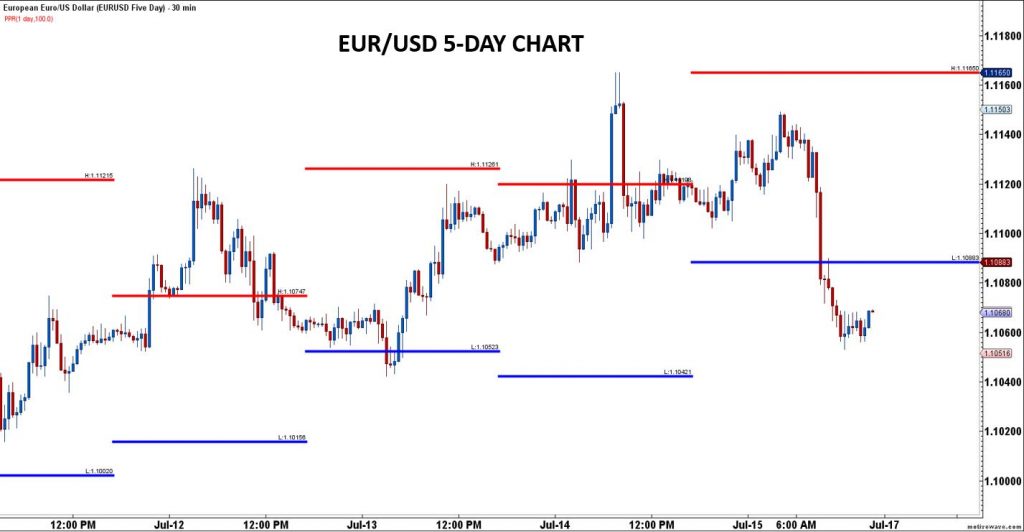 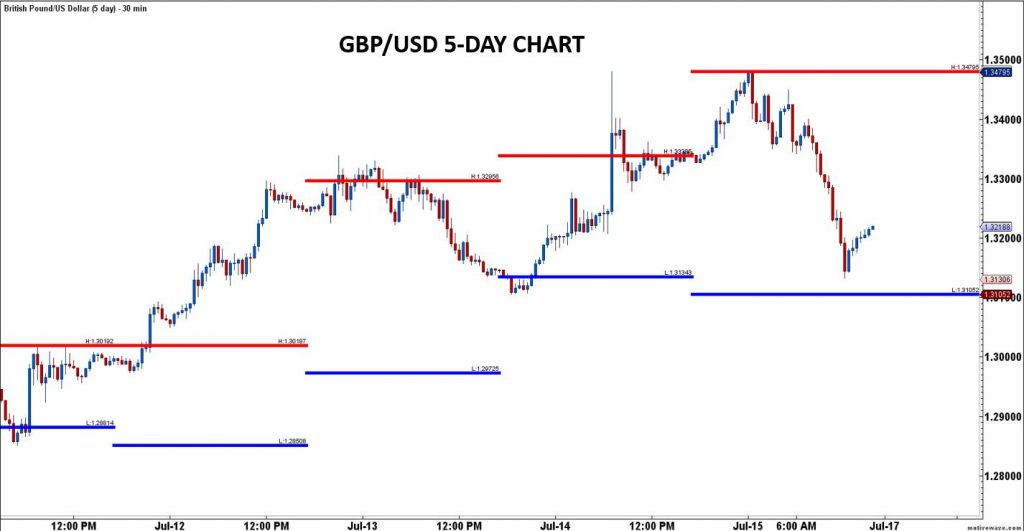 Over to the pacific, Japanese Prime Minister Shinzo Abe won a key election earlier this week, and signaled to the markets that fiscal stimulus is well on its way. Due to the struggling economic environment in Japan, Abe looked towards the former Federal Reserve Chair Ben Bernanke to provide input on revitalizing the nation. Bernanke suggested accelerating the process in defeating deflation by using stimulus, easing and structural improvements. Following the announcement, the Nikkei had its biggest gain in nearly five months, while the Yen dropped the most since October 2014. The yen had rallied strongly since the beginning of the year as demand for safe haven assets were on the rise. However, policymakers in Japan seem to favor a weaker Yen in order to boost exports, and thereby strengthen inflation.

The world’s second biggest economy got hit with some poor economic data this week, as China continues to battle in a slower growth environment. Consumer inflation in June increased by 1.9% y-o-y, coming in well below the targeted 3% rate. This is also the slowest pace in six months, indicating that domestic demand still remains soft in China. GDP numbers for the second quarter increased 6.7%, surprisingly beating expectations for an increase of 6.6%. It is widely expected that China’s growth rate will continue to face some downward pressure, considering the fact that the country is moving towards a consumer driven economy. Fortunately, Chinese officials will likely intervene in financial markets if needed so, but in a more transparent way than in the past that’ll lead to lower volatility. 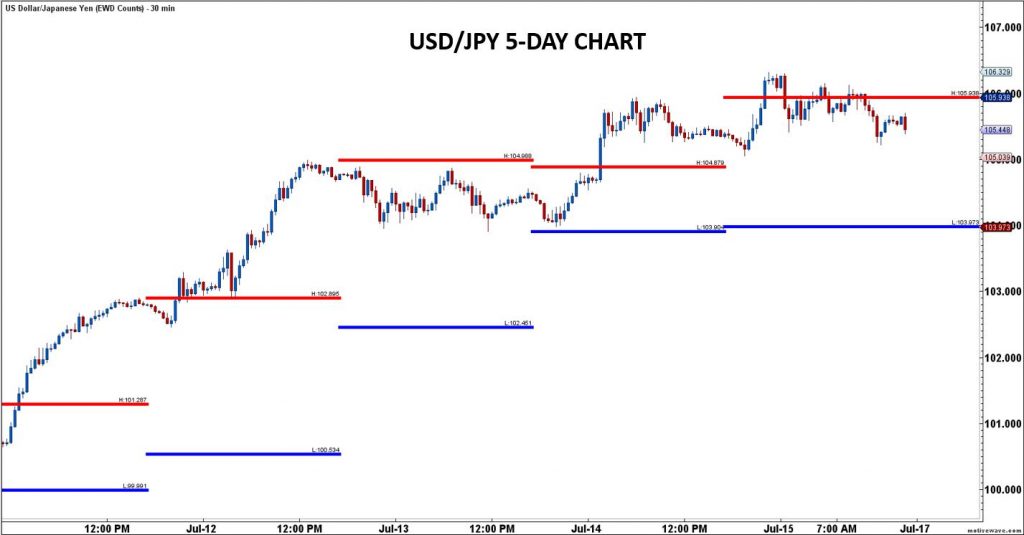 Crude oil had yet another choppy week with prices closing on Friday at $46.09. The EIA reported that US oil inventory from the prior week dropped by 2.5 million barrels, coming in lower than the projected 2.6 million barrels. Oil traded as high as $46.68 prior to the announcement, but dropped to a low of $44.57 following the release. The International Energy Agency also released in its monthly report that US crude production slid 140,000 bpd to 12.45 million, while Middle Eastern crude production increased to an all-time high of 31.5 million bpd. 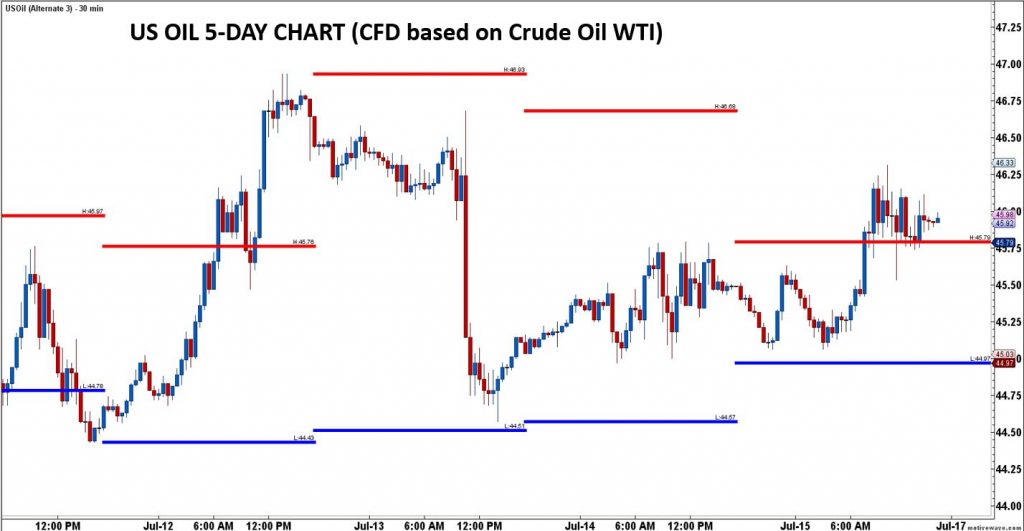 Stocks had another strong week with the S&P 500 taking out the intraday highs from May 2015 on Thursday. The markets seem to believe that despite the strong job numbers for June released last Friday, the Fed would still be reluctant to raise rates any time soon. Investors reclaimed confidence in the US economy following last week’s NFPs, alongside stronger retail sales this week. In addition, equities are gaining an extra boost with both the Bank of England and the Bank of Japan looking to add more stimulus. Notice the high correlation again between the USD/JPY and the S&P500 which we haven’t seen since 2015. 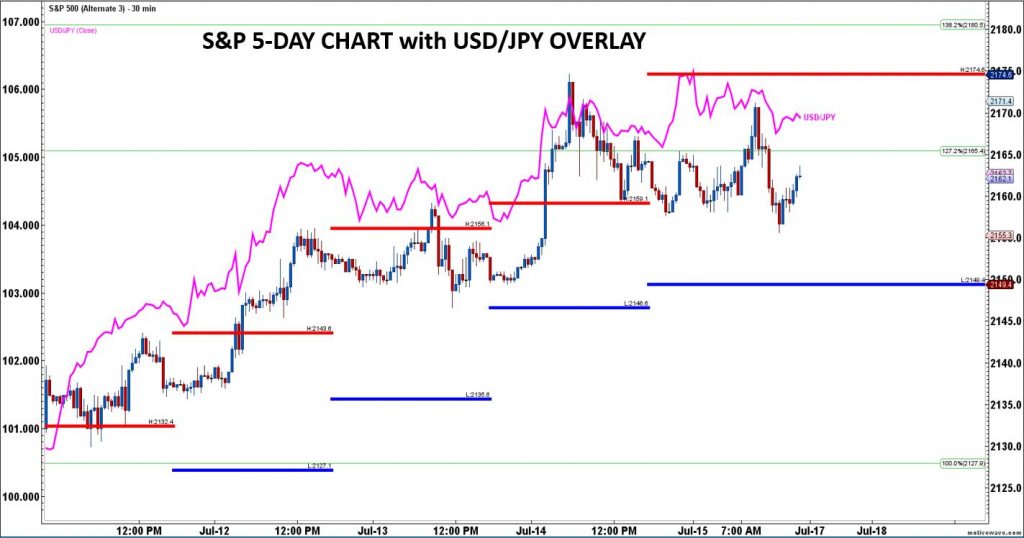